SQL is a standard that every database should follow. That means all the SQL commands should work in all databases. Based on the type of operations we are performing on the database, SQL is divided into the following types:

Note : DDL commands are AUTO COMMIT. i.e with the execution of these commands, the results will be stored directly into the database.

The DML commands are most frequently used SQL Commands. They are used to query and manipulate existing objects like tables. They should affect only the data of an existing structure. The commands existing in this language are:

A transaction is a logical unit of work. All changes made to the database can be referred to as a transaction.
Whenever, we perform a DML operation, results will be stored in the buffer not in the database. The user can control Transaction changes with the use of this language commands. They are : 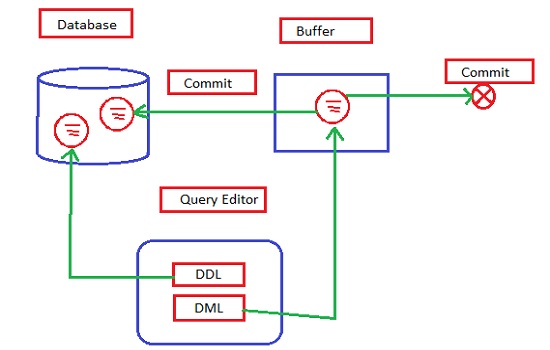